“I just have to do it, I am here to live out loud” 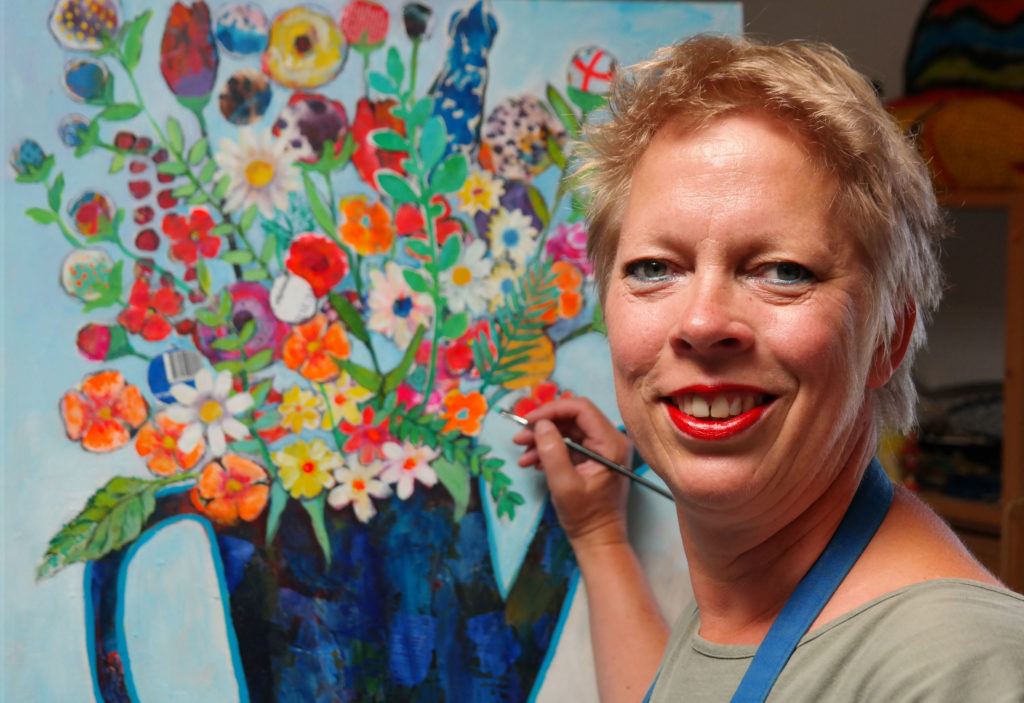 Hinke Veenstra, born 1965 in Emmen, studied graphic design at the art academy Minerva in Groningen (1985-1991). After years of working as a graphic designer, she focused more and more on painting. This passion rooted itself throughout the years while following a painting course by Hans Noordermeer who thought at “it Toanhûs” in Joure. The overpowering feeling was to be allowed to play and experiment undisturbed, in this period until 2009. Hinke likes to look for shapes and compositions without any direct relationship towards each other or any kind of restrictions by a client. The love for the canvas and playing with style and form has only grown further over time. That playful style is characterizing her work and at the same time, it does not really let itself be put in a box.

In addition to her own painting, Hinke has also been offering courses and workshops with acrylic paint in her own studio since 2009. She started a follow-up education at “De Foudgumse School”, where she studied figurative painting, between 2013 and 2016. As a result, she improved her own techniques which reflected back to the way she could help her own students.

On various surfaces (often already used pallets) she paints what touches or inspires her, this inspiration can even come from a beautiful old list. Unbound in subject and material, the result is always colourful and figurative. Cheerful work, which suits her attitude towards her own life